While criticisms prevail, Seoul appears set on sticking with its new brand name and trying to improve public opinion of it.

Seoul City will soon launch “Seoul Partners,” which will be in charge of managing the free commercial use of the brand. Once a private company signs a memorandum of understanding with Seoul Partners, it will be allowed to use the logo for commercial use, they added.

On October 28th, Korea christened its newest English slogan – I.SEOUL.U – after a decade-plus of ‘Hi Seoul – Soul of Asia’ and several years of ‘Korea Sparkling’. (Korea’s current slogan, ‘Imagine Your Korea’, launched in July 2014, is little better.). In less than 48 hours, it’s been reviewed on the BBC, the Korea Times, the Huffington Post (Korean version), and Branding in Asia. A few selected quotes:

While the new slogan will likely get a fair share of international ridicule, people will at least be talking about “I.Seoul.U” –maybe that was the goal all along? (Branding in Asia)

…many PR experts and expats expressed concern that the new slogan will likely attract international ridicule, saying that “I.Seoul.U” is not just uninspiring but also makes little sense in English. They criticized the other two finalists as well, saying that the municipality overemphasized the domestic aspect in selecting the English slogan with a panel of experts that had only one native English speaker on it. (Korea Times)

Meanings behind the slogan options: I.Seoul.U. — According to the city, the concept here is intended to suggest that Seoul is a place where two individuals can co-exist. (Branding in Asia)

Yes, I would hope that in a city with more ten million people, two individuals can ‘co-exist’. That’s a low bar, though – co-existing involves little more than going your own way and not killing or stealing from each other. Maybe sharing an elevator or a subway.

From 16,000 entries for a three million Korean won prize (about $2,623 US), a professional branding agency (ostensibly Korean) cut it down to 200. From there, a panel of Koreans and foreigners cut it down to 20, then an ‘expert panel’ picked three finalists for the public to vote on. The Korea Times, in a rare bit of comprehensible reporting, noted, “”Seoulmate” won slightly more votes than “I.Seoul.U” in an online poll. However, in an on-the-spot poll held in the evening at Seoul Plaza, all nine experts and 682 out of a total 1,140 citizens voted for “I.Seoul.You,” which beat “Seoulmate” with only 232 votes.”

That sealed the deal, apparently.

To be sure, branding a city as dynamic as Seoul is tough – and the Americans aren’t exactly 100% at it. For every ‘What Happens in Vegas…’ catchphrase, there’s also ‘Where Horses Have the Right of Way’ (McKinleyville, California) – or worse, the ‘Condom Capital of the World’ (Dothan, Arizona). A quick look at this list from the Guardian seems to put Korea’s slogans somewhere in the middle of the pack – definitely not the worst (“Size doesn’t matter” – Israel) but far from the best (“Wild Beauty” – Montenegro)

Why is the Korean government so enthralled with English-language branding? 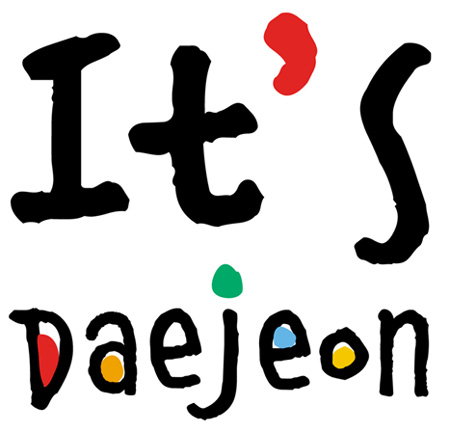 A very good question – one I don’t have a simple answer to. I can tell you that we’re not the only ones wondering this. Waegukin (the Korean word for ‘foreigner’) has put together a list of slogans used by Korean cities – and almost all are cringeworthy. Never mind the fact that some of these towns see very few English tourists – even tiny Korean towns with populations in the low five-figures are on this list

The decision may well come down to the person at the top of the food chain decreeing a pet favorite is now the new city’s slogan. No Korean that likes their cushy government job is going to openly tell their boss what they really think of it, no matter how well they know English or how poor it sounds in English.

Getting back to the here and now…

If you look at the Korean in the way a Korean would read it – 나와 너의 서울 (na-wa neo-ui seo-ul) – and account for Korean word order, it can translate to ‘Seoul: Yours and Mine’. That’s a nice sentiment, and a passable English slogan right there. This is Korea, however – a country where right as I left it in 2013, the convenience store chain ‘Family Mart’ was rebranded as ‘CU’ (as in ‘C U later’ or ‘C U soon’). Don’t even get me started on the dreck known as K-pop, the robotic dance moves, the outlandish outfits, and the perennial ‘who were they again?’ question a ‘star’ from a year ago will receive today.

Now that I’ve left Korea and it’s been a few years, it’s probably safe to tell.

Seoul, summer 2010 – a few months before the November G20 summit rolled into town. Local media was abuzz over the high-profile event, about how this was the first G20 held outside a G8 country, about how security would be tight, and so on. As a travel blogger living in Korea, I was invited by the Korea Tourism Organization to help with the tourism boom expected as a result of the summit. Along with about 25 other foreigners with some sort of online profile / following, I got paid for attending the three-hour meeting (I think it was about 150,000 won, or $150) and stuffed myself silly on their catering.

When we got down to business, the two emcee’s introduced themselves and told us our mission: to help create a guidebook of Seoul’s 20 best attractions. This guidebook would be given to delegates and entourages of the G20 Summit. 20 nations, 20 places. Clever. We were told a ‘preliminary’ list had already been drawn up, and we were here to improve it, as we were foreigners that knew Seoul well. I wasn’t familiar with all the personalities in the room, but after a round of introductions it was clear there were plenty of bloggers, authors, photographers, and other expats that had spent years in the country.

The first few places on their preliminary list were easy enough – Gyeongbokgung (Seoul’s largest and most-restored palace from the Joseon Dynasty), Myeongdong (an outdoor bazaar sort of shopping area), the Seoul Tower (complete with express elevator to the top), and so on. I don’t remember the first stumble, but it was a place that the entire room asked ‘how did that make it on the list?’ We were familiar with it, but would never have recommended tourists visit there. While one emcee was copiously taking notes, the other pushed the conversation forward by tabling it and promising to return.

A few more places were unanimously accepted – Dongdaemun (an older sort of shopping zone with lots of electronics and clothes), Insa-dong (a pedestrian-friendly road offering lots of arts and crafts), and Bukhansan (a mountainous national park with lots of hiking opportunities). Nothing too far off the tourist trail, and nothing they couldn’t have assembled from their library of literature.

Another place (and I really wish I could remember) split the group. Some people thought it was too Korean or there wasn’t enough English around, while others thought it was a fine break from the beaten path. After 10-15 minutes of debate, the group decided to recommend a similar but more tourist-friendly place instead.

It’s at this point when one of the emcee’s begins to visibly sweat. He tried to move the conversation forward, saying ‘we’ll take that into consideration’. By this point, however, there had been a debate and a solid consensus from the group. Someone asked why it needed to be ‘taken into consideration’, and were we just here for show if our suggestions won’t be listened to.

The truth came out moments later. The emcee informed us that this preliminary list was the list. The powers-that-be at the Korea Tourism Organization had already drawn it up beforehand, and we were expected to rubber-stamp it to give it a foreigner ‘seal of approval’. After the initial shock of how worthless our opinions actually were, I did a quick bit of math – $150 x 25, plus whatever the emcee’s got paid, plus catering costs? The Korea Tourism Organization likely spent at least $5,000 that night just to get that foreigner rubber-stamp of approval.

The result? I couldn’t tell you. I never saw the final booklet, never heard anyone talk about it, and never heard any media reports about it. My best guess is that it disappeared down the memory hole.

The part where Chris predicts the future

The name of the city has been part of many puns and jokes. This time, the city has brought the joke upon themselves by turning ‘Seoul’ into a word that could literally mean anything.

Chris
Chris Backe is the former blogger at One Weird Globe. He's written over 25 books and itineraries, and is the founder of Entro Games. He's lived in Korea, Thailand, Colombia, and has traveled across Europe.
Latest posts by Chris (see all)